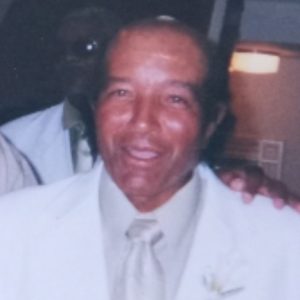 Wiley Walker Sr.
Sept. 22, 1938 – May 14, 2022
Wiley F. Walker Sr., 83, died May 14, 2022, in Clinton. He was born Sept. 22, 1938, in Tylertown. He was the son of the late Easley and Minerva Jones Walker.
He received his education at Magee’s Creek High School and also attended Jackson State University.
He married Jane Dorsey in 1969 and they had three children. He married Cecelia Leverete in 1980 in Tylertown and they had four children.
He became a master brick mason who achieved renown success as the owner of his very own masonry company. He trained and employed many men and women, even his children and some of them started their companies.
He was an outdoorsman that loved to travel and often took family on adventurous vacations. Traveling to over 40 states, he still had a special love for his hometown, Tylertown.
In addition to his parents, he was preceded in death by his brother and all but one sister.
He is survived by his sister, Ruby; his sister-in-law, Dorothy Walker; his eight children: Valerie, Wiley Jr., Avril, Andrea, Ethelind, Hazel, Nelson and George; 15 grandchildren.
Funeral services were May 28, 2022, at Craft-Dillon-Ginn Funeral Chapel in Tylertown, interment in the Dillon Hill Church cemetery.
Craft-Dillon-Ginn Funeral Chapel was in charge of the arrangements. Share online condolences at craftdillonfuneralhome.org