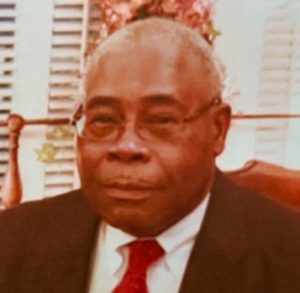 Walter “Doug” Magee
July 8, 1955 – Oct. 18, 2022
Walter Douglas “Doug” Magee, 67, of Jackson, native of Tylertown, died Oct. 18, 2022, at St. Dominic Hospital, Jackson. He was born July 8, 1955, to Shedrow and Lucille Guy Magee.
After graduating Tylertown High School in 1973, he attended Jackson State University where he received a bachelor’s degree in accounting in 1977.
After college graduation, he married his high school sweetheart and lifelong companion, Ruby Jefferson Magee, and they had three children.
He was employed by the U.S. Treasury Dept. where he was commissioned as a National Bank Examiner with the Office of the Comptroller of the Currency. His specialty was large bank supervision. In this position, Doug received numerous awards for his exemplary service and commitment and was highly respected as a credit expert. He retired in August 2011 after 34 years of service.
Magee was an avid sports fan whether on television or in live arenas. He also enjoyed gatherings for backyard cookouts where he was the grill master and host. Other things he enjoyed include fishing, gardening and community service.
Services were Oct. 28, 2022, at Davis Temple COGIC, Jackson, pastor Larry Weems officiating, interment in the Brandon Bay Church Cemetery.
Craft-Dillon-Ginn Funeral Chapel was in charge of the arrangements. Share online condolences and encouragement at www.craft-dillonfuneralhome.org