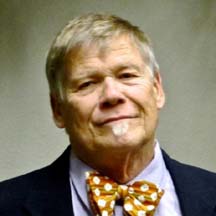 Harmon Lewis
March 5, 1940 – Jan. 11, 2023
Harmon Lewis was born in Tylertown March, 5, 1940, to J.D. and Thelma Lewis. He died Jan. 11, 2023.
He graduated cum laude with a B.A. degree in organ from Millsaps College in Jackson. He earned a master of music degree in 1964 and in 1979 the doctor of music degree in organ at Indiana University in Bloomington. Dr. Lewis has held teaching positions at Centre College of Kentucky in Danville, Dalhousie University in Halifax, Nova Scotia, and The Hartt School of Music in Connecticut.
In 1971, Harmon Lewis joined doublebassist, Gary Karr in Halifax, Nova Scotia, to form the Karr-Lewis Duo which had built a schedule of performances that had taken the team all over North America as well as Great Britain, continental Europe, Russia, Poland, Israel, Australia, New Zealand, South Africa, Taiwan, Korea, Malaysia and especially Japan, where their many recordings have been runaway favorites.
The “duo” spent 24 summers in Victoria, British Columbia where Harmon performed and taught at the “Johannesen International Festival and School of Music and the Arts.” Having fallen in love with Victoria, Harmon and Gary moved from West Granby, Connecticut where they lived for 17 years to Victoria in 1994. Thereafter they both became proud citizens of Canada.
In addition to Gary, Harmon leaves behind his brother, Donald (and his wife, Rita), his nephew, and niece, Justin and Laurel (and their extended families).