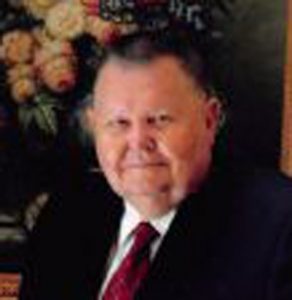 Tommy Wallace
Sept. 19, 1933 – Dec. 3, 2020
The celebration of life service for Thomas Lavoy Wallace, 87, were Dec. 5, 2020 at Woodlawn Church in Columbia. Following the service, interment was at Woodlawn Cemetery in Columbia.
Thomas Levoy Wallace, of Columbia, died Dec. 3, 2020. He was born Sept. 19, 1933, in Lawrence County in Topeka.
Due to traveling construction work, the Arvin Wallace family moved regularly. This made for hardships in schooling in young Thomas’ life. Just after the 5th grade he quit school, and joined the working public. Pumping gasoline, picking up roots on a logging sight, and hauling pulpwood were just a few of his jobs early on.
He was always fond of saying, “I went to Jayess University” when in the company of well educated men discussing alma maters. Those fellow Yale, Harvard and Ole Miss educated business men never questioned since no one knew exactly where Jayess University was located.
He started a family in 1954. He had 4 children – Tim, Becky, Mike, and Linda. In 1955, Wallace moved to Columbia, and was appointed foreman at Singley Construction before joining Dixie Paving Co. He eventually bought the company in 1972. From those humble beginnings came not only his construction career, but a business icon, T L Wallace Construction, Inc.
In 1974 he married Janette Hickman Wallace, and a year later they had their only daughter Tonya Wallace Farmer.
He was preceded in death by his parents Arvin and Edna Wallace, his daughter Rebecca (Becky) Elizabeth Wallace, his grand-daughter Anna Grace Farmer.
In lieu of flowers, the family requests donations be made to Woodlawn Church – Missions.
Hathorn Funeral Home in Columbia was in charge of the arrangements. Family and friends may sign an online guestbook at www.hathornfuneralhome.com.